Virginia Beach, VA — Last week, Senate Majority Leader Mitch McConnell announced his plan to cut Medicare and Social Security to pay for the growing deficit caused by last year’s GOP Tax Plan, the exact same plan that Representative Scott Taylor championed at the Virginia Chamber of Commerce earlier this month. McConnell and Taylor continue to peddle the GOP line that earned benefits like Social Security and Medicare are “the real driver of debt” when they just voted to add $1.9 trillion to the debt for their tax giveaway to the wealthiest and large corporations.

Earlier this month, the Virginia Chamber of Commerce asked Rep. Scott Taylor about the balance of prioritizing federal programs while also working to alleviate the national debt. He responded, “When you look at entitlements –– When you look at mandatory spending entitlements, that is the biggest driver of the trajectory of our debt…You gotta look at eligibility. You gotta look at age, and make small different adjustments to deal with that mandatory spending, to deal with those entitlements to be able to reduce the trajectory of our debt, because there’s no question that that entitlement spending, is eating up all of that revenue that is coming in, so the rest of the stuff we’re just basically paying for it on a credit card.” You can view the rest of his comments here. 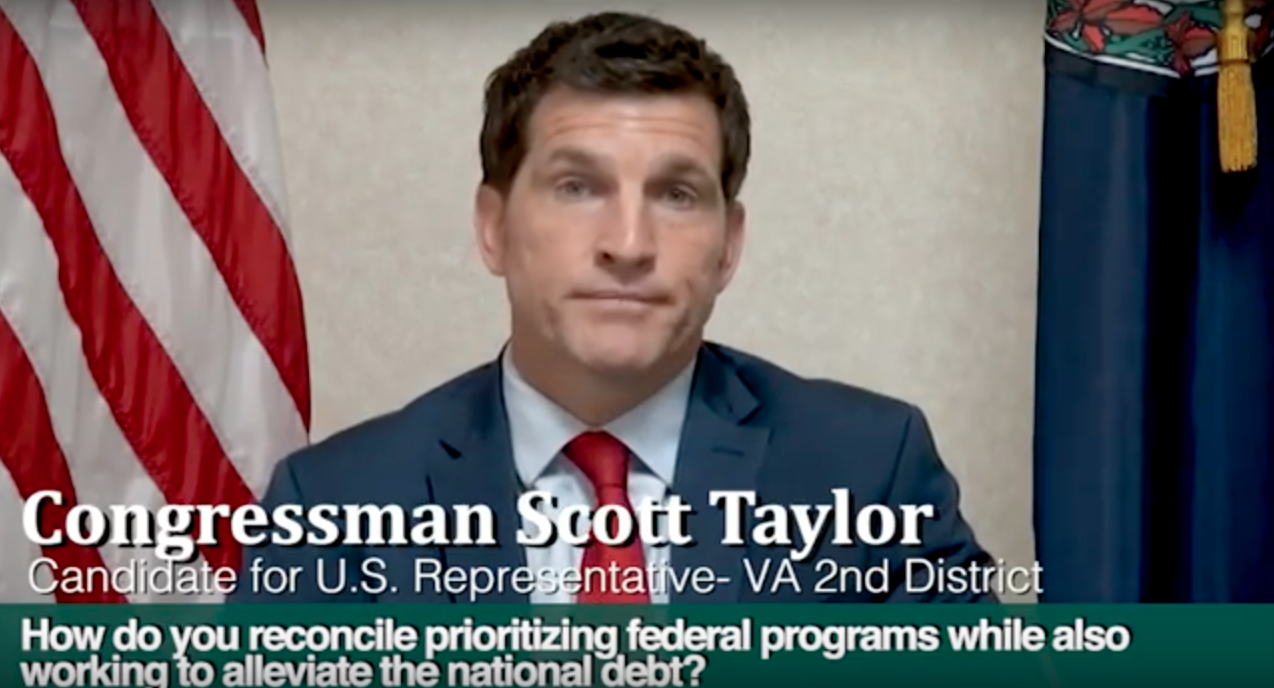