Additionally, the ad hits Rep. Taylor on his vote for the Republican Tax Bill, which gave large tax breaks to corporations, many of which are his campaign donors. “Mess” also touches on Rep. Scott Taylor’s recent election fraud. The full ad can be viewed here: 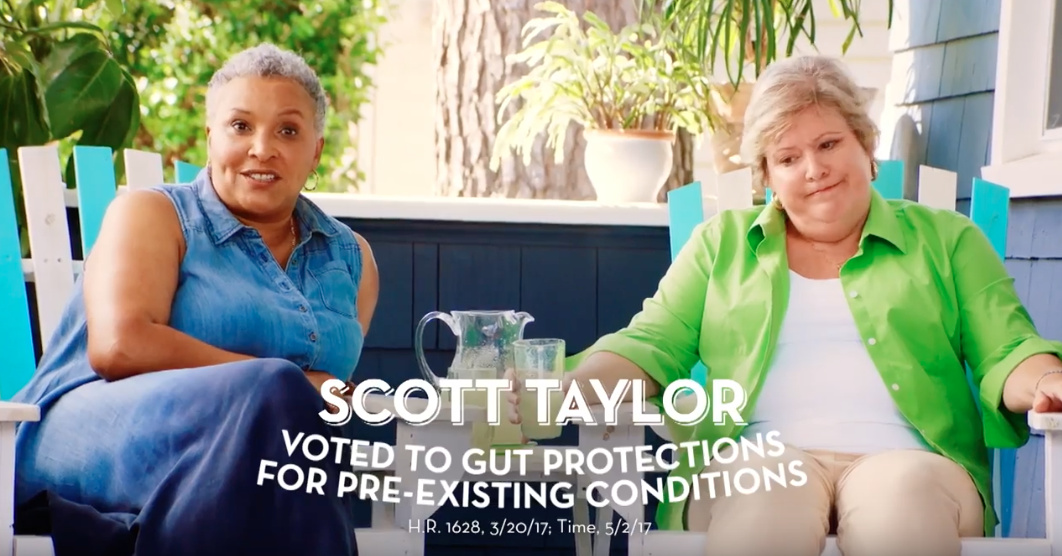 “These neighbors have it right, Rep. Scott Taylor promised to be an independent voice in Washington, but instead he has voted along party lines almost 98% of the time and attacked affordable health care,” said Elaine Luria. “Rep. Taylor puts the special interests that fund his campaign over the interests of Virginia families and his own re-election above all else. Virginians deserve someone who will fight for us in Washington.”

The 30-second ad will run for several weeks on local stations.